Juanjo López was born on August 27, 1985 in Arrecife (Lanzarote), a family entirely devoted to the canary Folklore, with very decided concerns, SING, music and of course the canary folklore.

With only 3 years old, leaning on the cradle to dance and hum songs he heard on television.

Now with 8 years began educating voice, with the help of his uncleSantiago Torres, so start with 9 years in Agrupación Folclórica Coros y Danzas Arrecife, which was a soloist until age 15, dancer and then the same to 17 due to the change of voice.

Made the decision to leave the Folk Group to ride solo to Lanzarote scenarios and demonstrate the desire I had to make the audience enjoy with his subjects, always giving a personal touch to each of them.

In 2005, rises 1st time in I Song Festival “Isla de Lanzarote 2005″ where he played his first song, YOU Luis Miguel, considering that his grandmother died the day before his first appearance on stage, making it even more with heart and dedicated it to her.

From there, Juanjo López showed that I needed to improve on the stage, and started for 2 years, in private singing lessons at the School of Toñín Corum, with Professor Daniel Tejeda, thus improving vocal technique, expression and breathing

And in July 2005 when he first gets his first win in the Song Festival, 2013 and so on getting more than 30 trophies in the different points of Lanzarote, Canary Islands, Spain and the World.

He had the opportunity to participate in the popular TV program Canaria ¡Quiero Ser Como Pepe!, getting to be the winner of the Gala 5 of the 1st edition, and opt into the final program, which, though not qualified for the final, left a good impression on stage.

It has been in the TVE1 program “Ven y Quédate” de Roberto Herrera.

He has also tried his hand in the casting of Reality “Operación Triunfo”,“Factor X” y “La Voz”

He has performed as a guest at various galas, including being the opening act of the group The K-nary in Mancha Blanca – Tinajo 2009 or guest artist with Ramón del Castillo in the Miss Reef and Queen of San Ginés 2009.

It was part of theGrupo Los Conejeros in the 2006-2008 season and from 2011 to this day continues with the group through all the scenarios of Lanzarote and acting in the popular TV program Canaria “La Gala” o “Viva la Fiesta”.

He has a musical as an actor / singer / protagonist of the play “SUBMARINO AMARILLO” in December 2009 organized by the “CHAMBER CHOIR GIOVANNI BARDI” and directed by José Manuel Clar.

He has also been part of the “La Soga” produced by the Theatre Company “ Chespir ” and led by its chairman and president José Manuel Clar.

He has sung in several AVE MARIA weddings Lanzarote.

He won a radio contest (FACEMUSIC LANZAROTE), where I gave him the option to record a small demo of 6 songs.

Today features a ballet at the School of Dance Beatrice Senent: Celia Perez and Hector Rodriguez 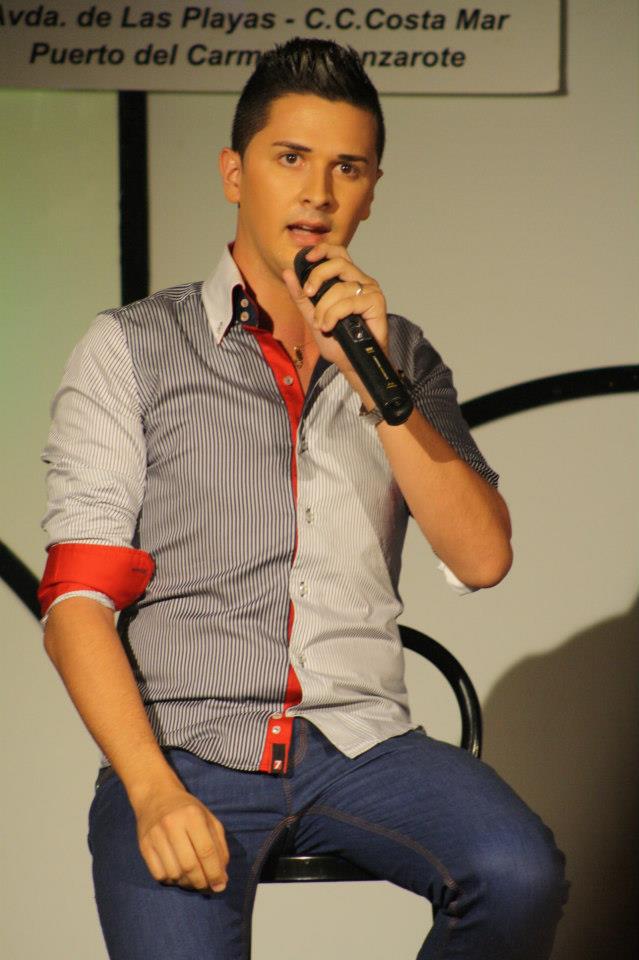